The European Leadership Forum programme includes plenary sessions for all participants to attend each morning and evening. These sessions consist of worship, prayer, and teaching. The speakers for this year's plenaries are listed below. For information about last year's plenary sessions, please see 2021 ELF Plenaries.

Peter is the Principal and CEO of Tyndale House, Cambridge. He was educated at Cambridge University, where he received his MA, MPhil, and PhD in the study of ancient languages related to the Bible. After his PhD, he was on staff in the Faculty of Divinity, Cambridge University (1997–1998), and thereafter taught Hebrew and Old Testament at Cambridge University as Affiliated Lecturer in Hebrew and Aramaic and as Research Fellow in Old Testament at Tyndale House, Cambridge (1998–2003). From 2003 to 2007 he was on the faculty of the University of Aberdeen, Scotland, where he became a Senior Lecturer in New Testament and Deputy Head of the School of Divinity, History, and Philosophy. Since 2007 he has been leading Tyndale House, and he is also an Affiliated Lecturer in the Faculty of Divinity in the University of Cambridge. He is a member of the Translation Oversight Committee of the English Standard Version of the Bible. He assisted Dr. Dirk Jongkind in Tyndale House’s production of a major edition of the Greek New Testament (2017) and has written Can We Trust the Gospels (Crossway, 2018), which has now been translated into 7 languages.

As Europe is rocked again by war, we see the relevance of Jesus’s parable of the Good Samaritan. Jesus told a powerful story, which challenges us to reach across the most difficult ethnic boundaries and also highlights human sin and the rescue of our Saviour. Jesus also sets us the perfect example of how to be a neighbour.

Jesus’ longest parable shows the compassion of God. It’s full of allusions to all the major stories of Genesis, and through them provides a number of lessons to us. It also challenges Christians today to turn away from self-interest and to model the grace which God shows.

Jesus’ parable of the Unjust Manager is one of his most puzzling and is followed by verses which people often treat as disconnected. Together the parable and the following verses challenge us not to be taken in by the deceit of money and to think about preparing for eternity.

The Rich Man thinks he can ignore Lazarus at his gate. Only after death does he suddenly become interested in how Lazarus might be able to assist him. This parable contains various allusions to the Old Testament which challenge us to care for the needy. It also points out that our time is limited and that the Scriptures are sufficient evidence for our evangelism. 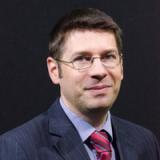 Emanuel grew up in communist Romania, but the faith of his parents had a huge impact on him. As a student he was involved in discipleship and during those years his student groups grew from 2 colleagues to more than 50. In 2001, he joined the staff at Emanuel University of Oradea where he is serving now. He completed his PhD in software engineering in conjunction with University of Nice, France, and then he earned his MA in Pastoral Theology in Oradea. Both his involvement in academics and in the church aim to evangelise and mature disciples for Christ. He is married to Nadia and has three boys.

Walking by Faith Through the Darkest Valleys of Life

Have you found yourself surrounded by the hardships of life? Does it seem as though there is no end to them and no hope to be found? Psalm 13 is a model of lament in the Psalter. It was born out of David’s deep grief. For that reason, Psalm 13 has been a comfort to those in the midst of grief for thousands of years.  It addresses some of the hardest questions in life, questions that can jolt our faith, and also a couple of difficult but necessary responses. However, Psalm 13 is also a song of hope because it ends with a great encouragement. Contrary to what we see in the world around us, the sovereign Lord of the universe is still on His throne and He is trustworthy. Therefore, we have hope and joy. Unshakeable hope and joy.

John Stevens is the National Director of the Fellowship of Independent Evangelical Churches, a family of over 500 Bible-centred churches in the UK, a position that he has held since 2010. Prior to this, he was one of the founding pastors of City Evangelical Church Birmingham, which was planted in the centre of the UK’s 2nd largest city in 1999. He was instrumental in starting the Midlands Gospel Partnership, was the course Director of the Midlands Ministry Training Course and is a visiting lecturer at Oak Hill Theological College. John is also one of the pastors of Christchurch Market Harborough, a church he helped to plant when he took up his current role.  He was converted whilst studying law at Cambridge University, and after taking a post-graduate degree at the University of Oxford worked for 16 years as a University Lecturer, ending his career as Deputy Head of the Law School at the University of Birmingham. John is married to Ursula and they have four children aged between 12 and 7. He blogs at www.john-stevens.com on theology, church life and ministry, culture, and politics.

Evangelical Identity - From the 1st Century for the 21st Century

Every generation since the evangelical revivals of the 18th century has asked the question ‘what does it mean to be an evangelical?’ The issue of evangelical identity is hotly contested today. Some want to redefine historic evangelical convictions about Scripture and salvation to fit with contemporary culture. Some want to define evangelicalism more narrowly to include convictions on secondary issues as well as primary doctrines. Others are embarrassed by the way that evangelicalism has become associated with particular political positions or parties. It is therefore essential that we define evangelicalism biblically, so that we know what it means to be an evangelical. The New Testament defines an evangelical as someone who believes and preaches the apostolic gospel. Those who reject or change this message cannot be accepted as evangelicals. Paul’s letter to the Galatians defines the gospel for us, so we can identify both those who are faithful evangelicals and those who are dangerous false teachers. Such clarity will enable us to guard the gospel in Europe in the next generation, build meaningful unity with fellow evangelicals, and protect churches and organisations from compromising the gospel. 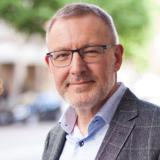 Stefan Gustavsson is the director for Apologia – Centre for Christian Apologetics and makes his home in Stockholm. He was the founding General Secretary for the Swedish Evangelical Alliance. Stefan travels widely with apologetic teaching and training and is often involved in university evangelism and public debates. He is the author of several books on Christian apologetics and the Christian mind. Stefan is married to Ingrid and they have three grown children.

Self Made King: Understanding the Chaos in Contemporary Culture

Western culture has undergone rapid and dramatic change in a way that few people anticipated. Focus has shifted from truth about reality to a race towards radical self-expression that trumps and silence all other concerns. How do we live as disciples of Christ in such a culture – and how can we respond to the world around us? 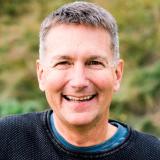 Dave Patty has been involved in training youth leaders and leading national and international youth movements in Europe for over 30 years. He serves as the president of Josiah Venture. He is also a founding member of Global Youth Initiative, which mobilizes and equips youth ministry trainers in over 60 countries of the world. Dave is an ordained pastor with a BA in theology and a MA in education. He has also done graduate work in leadership development at Harvard University. For the past 27 years he has lived in the Czech Republic, and he spent the 10 years before that in Germany. Dave is married to Connie and has three grown children, Tyler, Caleb, and Claire.

Those who serve Jesus must face many challenges - the burden of care for hurting people, the challenge of reaching the lost, and the constant pressure of planning and preparation. In the midst of these visible challenges it is easy to forget the most important battle of all – your unseen conflict with your adversary the Devil. Along with his servants, he is s constantly on the attack, seeking to hamper your efforts and destroy you and your ministry. What does the Bible teach us about his tactics? How can you learn to fight with the weapons that God provides, so that you experience the victory Jesus promised you?