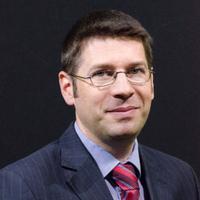 Emanuel grew up in communist Romania, but the faith of his parents had a huge impact on him. As a student he was involved in discipleship and during those years his student groups grew from 2 colleagues to more than 50. In 2001, he joined the staff at Emanuel University of Oradea where he is serving now. He completed his PhD in software engineering in conjunction with University of Nice, France, and then he earned his MA in Pastoral Theology in Oradea. Both his involvement in academics and in the church aim to evangelise and mature disciples for Christ. He is married to Nadia and has three boys.

View Emanuel's past talks on FOCLonline.org