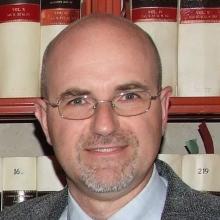 Leonardo De Chirico is the pastor of Breccia di Roma, a church that he helped plant in Rome in 2009, and Vice Chairman of the Italian Evangelical Alliance. Previously, Leonardo planted and pastored an evangelical church in Ferrara, Italy from 1997 to 2009. He earned degrees in history (University of Bologna), theology (ETCW, Bridgend, Wales) and bioethics (University of Padova). His PhD is from King's College (London); it was published as Evangelical Theological Perspectives on Post-Vatican II Roman Catholicism. His recent books are A Christian Pocket Guide to Papacy (Christian Focus, 2015); A Christian Pocket Guide to Mary (Christian Focus, 2017), and Same Words, Different Worlds. Do Roman Catholics and evangelicals believe the same gospel? (IVP, 2021). He is a lecturer of historical theology at Istituto di Formazione Evangelica e Documentazione in Padova, Italy. Additionally, Leonardo is the director of the Reformanda Initiative, which aims to equip evangelical leaders to better understand and engage with Roman Catholicism, and the leader of the Rome Scholars and Leaders Network (RSLN).

View Leonardo's past talks on FOCLonline.org