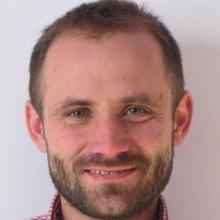 Jaroslaw was born in Eastern Poland. In 1989, at the age of 17, the Lord called him to preach the Gospel in the Soviet Union. After graduating from Warsaw University, Jaroslaw moved to Belarus where he founded John the Baptist Church in Minsk and initiated a number of ministries, mainly aimed at evangelizing young intellectuals and spreading the Christian worldview in various spheres of society. In 2007, after 14 years of living in Belarus, Jaroslaw was accused by the neo-communist regime of being a national security threat and was deported. In 2008, together with his wife Natalia and four children, he moved to Kyiv, Ukraine, where he has lived ever since. In 2011, Jaroslaw began the Eastern European Leadership Forum. In 2016-17 he was invited to join the Central Steering Committee of the 500th Anniversary of Reformation in Ukraine.  Together with the team of Eastern European Reformation he carried out many different projects (media, educational, evangelization etc.) within the program Reformation 500. Since 2018, Jaroslaw serves as the director of the School of Reformation, which is focused on training and equipping the Christian ministers for the Public Square in Ukraine.