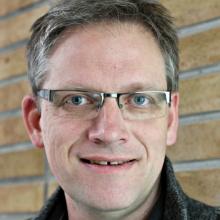 Lars Dahle is a theologian, educator, preacher, and apologist. Having a long previous experience in various academic leadership roles, he now works as Associate Professor in Systematic Theology and Christian Apologetics at Gimlekollen School of Journalism and Communication (NLA Kristiansand), where he has lectured in worldviews, ethics, and apologetics since 1991. Lars wrote his PhD on Acts 17:16-34. It is entitled An Apologetic Model Then and Now? (Open University, UK). Since 2013, he is also the Lausanne Catalyst for Media Engagement. Lars has written several academic and popular articles on apologetics, media engagement and missiology and was a co-editor of The Lausanne Movement: A Range of Perspectives (Oxford: Regnum, 2014). He is also the Founding Editor of the peer-reviewed Nordic apologetic journal Theofilos. In addition, Lars co-leads the European Leadership Forum Media Communicators Network with his wife, Margunn. Follow Lars on his blog Media Messages Matter or on his Twitter account @LarsDahle.

View Lars's past talks on FOCLonline.org