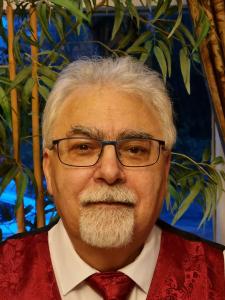 Emil Shehadeh was born in Israel and educated mainly in the UK achieving BSc Hons (Medical Biology), MSc (Biochemistry), MB ChB (Medicine), a Diploma in Dermatology and MRCGP. Growing up in Israel he accompanied his parents all over Galilee spreading the Gospel amongst all communities including Muslims. He also worked with Child Evangelism Fellowship and OM. In the early 1990s he co-founded an Arabic Church in Cardiff, S Wales. He practiced as a GP (Family Physician and a trainer) until 2016. Upon retirement, he dedicated his time to writing and speaking on the subject of Islam and evangelising Muslims. He supports evangelistic work amongst Muslims in North Africa and Nigeria. Emil has a PhD in Islamic Studies from Logos University and is engaged in another piece of research, at LST, Northwood, on Causes and Consequences of Muslim Conversions to Christianity. He believes that the expansion of the Kingdom of God must be the chief concern of the people of God.