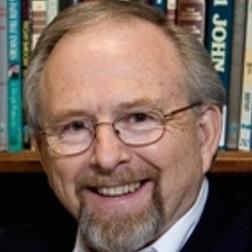 Bruce A. Little has master’s degrees in Apologetics and Religion and a PhD in Philosophy of Religion and a DMin in Apologetics. Presently, he serves as Emeritus Professor of Philosophy and director of the Francis A. Schaeffer Collection at Southeastern Baptist Theological Seminary, where he served on faculty since 2001 until he retired in 2018. While at Southeastern he served as the second director of the L. Rush Bush Center for Faith and Culture from 2008 to 2013. From 1969 pastored several churches, three of which he helped start, and taught at a Bible college (1965-2000). Since 1995 he has travelled widely to several continents lecturing in universities, teaching in a variety of schools and presenting papers at international conferences. He has published in various professional journals, edited several books, either authored or co-authored six books and contributed chapters in several books the last being God and Evil published by InterVarsity Press, 2013.