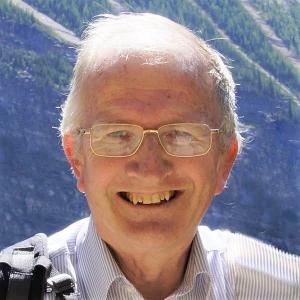 Andy McIntosh holds an Emeritus Chair in thermodynamics at the University of Leeds, is an Adjunct Professor at Liberty University in Virginia, and has lectured and researched in these fields for over 30 years. He has a PhD in combustion theory from the aerodynamics department of what was then Cranfield Institute of Technology (now Cranfield University), a DSc in Applied Mathematics from the University of Wales, and worked for a number of years at the Royal Aircraft Establishment. He is a Fellow of the Institute of Mathematics and its Applications, the Institute of Energy, the Institute of Physics and the Royal Aeronautical Society. A chartered mathematician, engineer, and author of over 200 papers and articles, his research has been in combustion in fluids and solids. His work has also included investigations into the fundamental link between thermodynamics and information, and in latter years he has been involved in research in the area of biomimetics where the minute combustion chamber of the bombardier beetle has inspired a patented novel spray technology. He now lectures widely on origins, has authored the books Genesis for Today (Day One, 6th Edition, 2017) and A Verse by Verse Examination of Genesis 1-11 (Day One, 2016), and has contributed to a number of other books including Wonders of Creation – Design in a Fallen World (co-authored with Stuart Burgess and Brian Edwards, Day One, 2017), Origins – Examining the Evidence (Truth in Science, 2011), In Six Days (Master Books, 2009), and Should Christians Embrace Evolution? (IVP, 2009). He has also produced the booklets Are you really an atheist? (2018), and (with Stuart Burgess and Brian Edwards), Is it true? – Evidence for Creation (Day One, 2018). He is a member of Logos Research Associates, is co-director of the UK education think tank Truth in Science, is on the Advisory Board of The Values Foundation (an influential advocacy group representing Judaeo-Christian Values in Education to the UK Government), and is also on the steering group of the International Certificate of Christian Education. Andy is married with 3 children and 6 grandchildren.